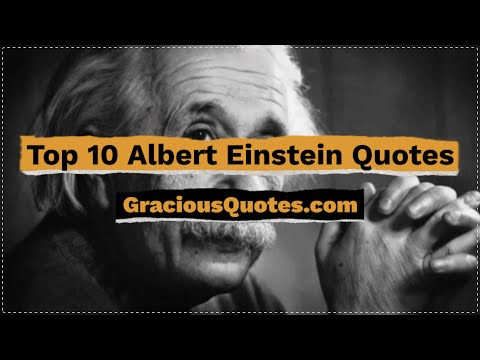 The important thing is not to stop questioning. Curiosity has its own reason for existing. One cannot help but be in awe when one contemplates the mysteries of eternity, of life, of the marvelous structure of reality. It is enough if one tries to comprehend only a little of this mystery every day.”

We have been endowed with just enough intelligence to be able to see clearly just how utterly inadequate that intelligence is when confronted with what exists. If this humility could be imparted to everybody, the world of human endeavors would become more appealing.”

I still struggle with the same problems as ten years ago. I succeed in small matters but the real goal remains unattainable, even though it sometimes seems palpably close. It is hard, yet rewarding: hard because the goal is beyond my abilities, but rewarding because it makes one oblivious to the distractions of everyday life.”

I am by heritage a Jew, by citizenship a Swiss, and by makeup a human being, and only a human being, without any special attachment to any state or national entity whatsoever.”

A hundred times every day I remind myself that my inner and outer life are based on the labors of other men, living and dead and that I must exert myself in order to give in the same measure as I have received and am still receiving.”

Although I am a typical loner in daily life, my consciousness of belonging to the invisible community of those who strive for truth, beauty, and justice has preserved me from feeling isolated.”

The years of anxious searching in the dark, with their intense longing, their alternations of confidence and exhaustion, and final emergence into light—only those who have experienced it can understand that.”

To see with one’s own eyes, to feel and judge without succumbing to the suggestive power of the fashion of the day, to be able to express what one has seen and felt in a trim sentence or even in a cunningly wrought word – is that not glorious? Is it not a proper subject for congratulation?”

To raise new questions, new possibilities, to regard old problems from a new angle, requires creative imagination and marks real advance in science.”

30 Powerful Albert Einstein Quotes that Will Blow Your Mind

Few people are capable of expressing with equanimity opinions which differ from the prejudices of their social environment. Most people are even incapable of forming such opinions.” 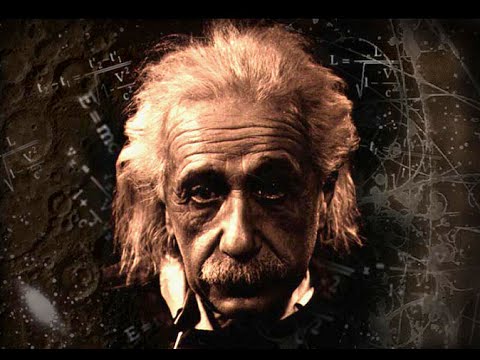 The winner of the Nobel Prize for physic in 1921, Albert Einstein is one of the most prominent physicists and mathematicians the world has ever witnessed.

Dubbed a genius due to his earth breaking scientific discoveries and ideas, Einstein is considered to be the most influential scientist of the 20th century.

Born on 14 March 1879, Ulm, Württemberg, Germany, Einstein fled the fatherland and immigrated to the USA in December 1932 (with the help of England) – just a month before the Nazi leader, Adolf Hitler became chancellor of Germany.

The true sign of intelligence is not knowledge but imagination.”

Albert Einstein was targeted by the Nazi Party because he was a pacifist and a Jew. He made the decision to leave his country in the winter of 1932 – never to return again.

After emigrating to the United States, he took a position at the newly founded Institute for Advanced Study in Princeton, New Jersey.

When World War 2 started in 1939, many of Einstein’s discoveries (including the E=mc2 equation) had contributed to the basis of the development of the atomic bomb which ultimately led to the destruction of Hiroshima and Nagasaki in 1945.

7 years after WWII, Israel’s premier, David Ben-Gurion offered Einstein to be the president of Israel which he inevitably declined.

He lived the last years of his life doing what he does best. He passed on 18 April 1955… and one of his final words were: “I am not the least afraid to die.”

Albert Einstein legacy lived on even after decades after his death, as physicists began to unravel the mystery of his unified field theory.

Even space satellites further verified the principles of his cosmology.

I never made one of my discoveries through the process of rational thinking.“

Here are the best quotes by Albert Einstein so you can be uplifted, encouraged, and be inspired to think differently.