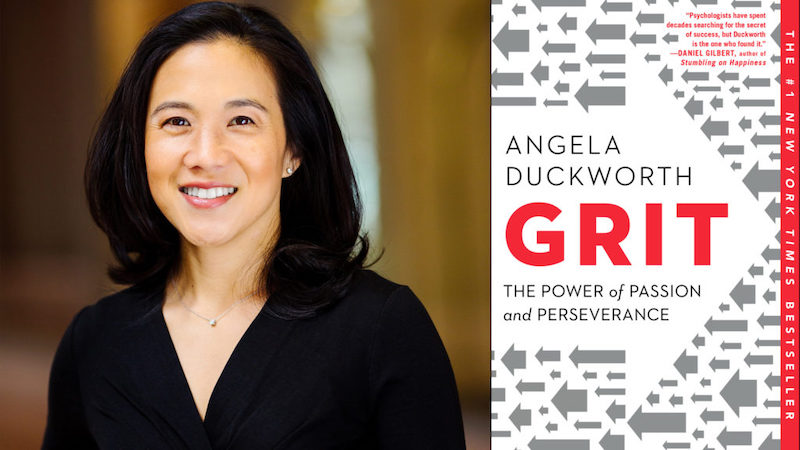 “When it’s not fun, you do what you need to do anyway. When you achieve results, it’s incredibly fun.”

These are 2 simple questions that I have been wondering for years:

My unquenchable thirst to answer these questions led me to a personal quest for self-discovery and growth.

I read books on Success & Productivity to learn from the best.

I experimented and pushed myself to the limits… to go further than I thought I possibly could.

After many years of learning and experimenting, it led me to this realization:

Nothing separates you and me from those whom we admire.

Most talented people we know simply show up every day, putting consistent effort over the long haul. They stick to one thing and choose not to abandon ship when the waves got rough.

In other words, talented and successful people have GRIT.

Once we are able to cultivate grit in our lives, we too would become unstoppable.

I have read this book 5 times because:

Here are some of the most inspiring quotes I found in the book so you can understand Angela Duckworth’s grit and philosophy a tad better.

“It soon became clear that doing one thing better and better might be more satisfying than staying an amateur at many different things.” – Click to Tweet

“When it comes to how we fare in the marathon of life, effort counts tremendously.” – Click to Tweet

“Staying on the treadmill is one thing, and I do think it’s related to staying true to our commitments even when we’re not comfortable. But getting back on the treadmill the next day, eager to try again, is in my view even more reflective of grit. Because when you don’t come back the next day – when you permanently turn your back on a commitment – your effort plummets to zero. As a consequence, your skills stop improving, and at the same time, you stop producing anything with whatever skills you have.”

#grit "How hard we push ourselves in a given workout matters but I think the bigger impediment to progress is that sometimes stop working out altogether." ~ Angela Duckworth Click To Tweet "They (successful people) were in complete consensus on the importance of following through on what one has started." ~ Angela Duckworth #grit Click To Tweet "Some people get 20 years of experience, while others get 1 year of experience… 20 times in a row." ~ #GRIT Click To Tweet #grit #determination "There is no gains without pains." ~ Benjamin Franklin Click To Tweet "All of us are looking for 'daily meaning as well as daily bread… for a sort of life rather than a Monday through Friday sort of dying.'" ~ Studs Terkel Click To Tweet

Anyone can learn to develop a passion. You and I can be gritty if we want to.

If you can relate with Angela’s quotes, please consider sharing them with your loved ones or purchase her book on Amazon and learn to be gritty yourself.

54 Quotes on Graciousness & Being Kind to Others (HEAL THE WORLD)

30 Detox Quotes to Inspire You to Cleanse Your Mind & Body

When facing depression and on the verge of suicide, Jeremiah Say found warmth and comfort in quotes. After his depression, he wrote down quotes that resonate with him in hardcopies. He filled up countless pages and after 2 years, he finally decided to stop killing trees and start saving his collection online. "It's about time I blog about quotes," he says... hence the birth of GraciousQuotes.com. Jeremiah Say believes that reading quotes is the fastest way to garner inspiration especially in the midst of hardships. Whenever he is looking for inspiration or encouragement, Jeremiah simply digs deep into the wisdom of others. He learns rapidly through this approach and he believes people can benefit from it too. This blog is about graciously inspiring people through the power of quotes. Find out more about Gracious Quotes here.

93 Powerful Quotes From “The War of Art” by Steven Pressfield

101 Wise Quotes By Gary W. Keller About The ONE Thing (FOCUS)

I built GraciousQuotes.com so you can be inspired in times of self-doubt. Sometimes, reading quotes is like having conversations with a friend. Quotes can also affirm you of what you already know (which is comforting) and quotes are succinct distillations of larger texts so you can find inspiration quickly.