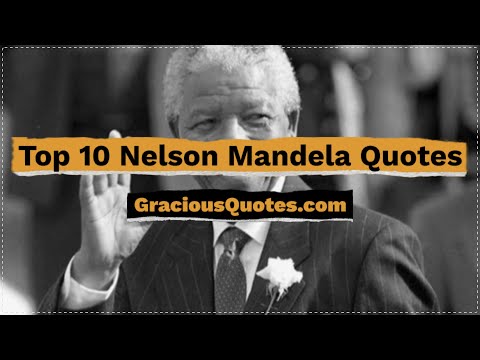 What counts in life is not the mere fact that we have lived; it is what difference we have made to the lives of others that will determine the significance of the life we lead.”

Let it never be said by future generations that indifference, cynicism or selfishness made us fail to live up to the ideals of humanism which the Nobel Peace Prize encapsulates.”

You sharpen your ideas by reducing yourself to the level of the people you are with, and a sense of humor and a complete relaxation, even when you’re discussing serious things, does help to mobilize friends around you. And I love that.”

24 Nelson Mandela Quotes on Believing and Living Your Best Life

“Overcoming poverty is not a gesture of charity. It is an act of justice. It is the protection of a fundamental human right, the right to dignity, and a decent life. While poverty persists, there is no true freedom.”

The values of human solidarity that once drove our quest for a humane society seem to have been replaced, or are being threatened, by a crass materialism and pursuit of social goals of instant gratification.”

It is never my custom to use words lightly. If twenty-seven years in prison have done anything to us, it was to use the silence of solitude to make us understand how precious words are and how real speech is in its impact on the way people live and die.”

When the history of our times is written, will we be remembered as the generation that turned our backs in a moment of global crisis or will it be recorded that we did the right thing?”

It is not our diversity which divides us; it is not our ethnicity or religion or culture that divides us. Since we have achieved our freedom, there can only be one division amongst us: between those who cherish democracy and those who do not.” 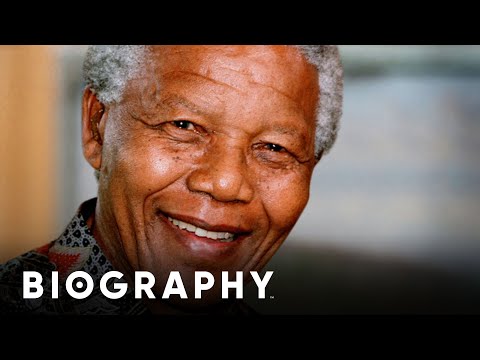 The Nobel Peace Price winner in 1993 for dismantling apartheid in South Africa, Nelson Mandela (full name Nelson Rolihlahla Mandela) is the first black president of South Africa (served from 1994 to 1999).

Born on 18 July 1918 in Mvezo, South Africa, Nelson Mandela was a member of the African National Congress since 1942.

And for 20 years, he led a peaceful, nonviolent campaign against the South African government and its racist policies (including the 1952 Defiance Campaign and the 1955 Congress of the People).

I have cherished the ideal of a democratic and free society in which all persons live together in harmony and with equal opportunities. It is an ideal which I hope to live for and to achieve. But if needs be, it is an ideal for which I am prepared to die.”

In 1961 (as a co-founder of MK), he organized a three-day national workers’ strike, and the following year, Mandela was sentenced to five years imprisonment.

However, in 1963, he was brought to trial again along with 10 other ANC leaders (the unsung heroes who stood trial with Mandela). This time, they were sentenced to life imprisonment.

Nelson Mandela served a total of 27 years behind bars – from November 1962 until February 1990.

After many years of pressure (by the local and coordinated international campaign for his release), Mandela was finally released from prison on 11 February 1990.

3 years later, Nelson Mandela and together with President de Klerk were awarded the Nobel Peace Prize for their efforts toward ending apartheid in the once socially divided country.

At age 77, Mandela became the first black president of South Africa on May 10, 1994 with de Klerk as his first deputy.

Here are the best Nelson Mandela quotes so you can be encouraged to never give up even in the midst of hardships and challenges.