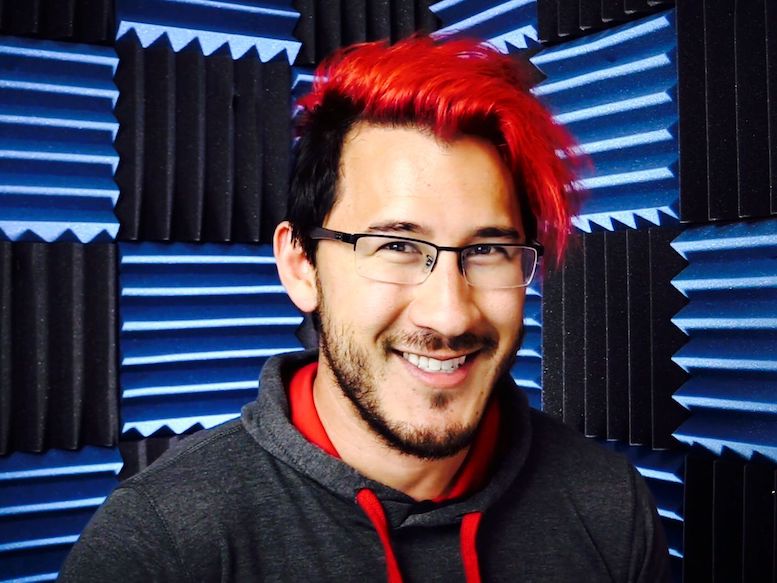 “I live to make you smile. And there’s nothing I’d rather do.”

Dubbed the king of Five Nights At Freddy’s, Markiplier plays horror games that people do not want to play and is well-loved for his hilarious reactions. – Click here to watch Mark plays Five Nights at Freddy’s

I have heard of Five Nights At Freddy’s and the name brings a shiver down my spine. I didn’t have the guts to play the game myself due to the many notorious jumpscares so I’d rather watch an entertainer plays it.

Markiplier isn’t a gamer who goes for professional competition and this is probably why I can relate to his reactions because I’m not a good gamer myself.

He is an authentic gamer who is trying to have a good time and doesn’t try too hard to be pro. He is just an ordinary guy trying to beat a game and that is what many people love about him. He is genuine and entertaining.

Markiplier also enjoys playing games that have wonky controls, such as “I am Bread”, “Octodad”, and “Surgeon Simulator.”

These are rage games that people hate playing because they are just too difficult to beat. I’ll probably break a few controllers if I play these games but watching Markiplier play allows me to experience the hilarious traumatization and discomfort without breaking the bank.

#Markiplier #youtuber "If you can use those fears to shape who you will be and push past them, you can do anything." ~ Markiplier Click To Tweet

21 of the Most Inspiring Markiplier Quotes

#Markiplier #youtuber "Even if the vast numbers make you feel insignificant. Just know that even one person can move mountains. Each and everyone of you can be the start of something incredible." ~ Markiplier Click To Tweet

The Vulnerable Side of Markiplier

Markiplier has a positive outlook on life despite losing his father (in the story about his life video) and cannot drink alcohol due to his surgery.

He had also lost a friend who committed suicide. It was devastating because that was one of Markiplier closest friends who appeared in a lot of his videos (and has a channel of his own).

Despite all these tragedies, he remained real with his feelings.

Markiplier tries to be encouraging and give off a positive vibe as much as he can even at his lowest.

He is also very active in supporting various charities which makes him even more likable. There were times that he accidentally crashed several charity sites who weren’t ready for the large traffic and donations.

37 PewDiePie Quotes & Why The Internet Loves Him! (YouTuber)

When facing depression and on the verge of suicide, Jeremiah Say found warmth and comfort in quotes. After his depression, he wrote down quotes that resonate with him in hardcopies. He filled up countless pages and after 2 years, he finally decided to stop killing trees and start saving his collection online. "It's about time I blog about quotes," he says... hence the birth of GraciousQuotes.com. Jeremiah Say believes that reading quotes is the fastest way to garner inspiration especially in the midst of hardships. Whenever he is looking for inspiration or encouragement, Jeremiah simply digs deep into the wisdom of others. He learns rapidly through this approach and he believes people can benefit from it too. This blog is about graciously inspiring people through the power of quotes. Find out more about Gracious Quotes here.

50 Keanu Reeves Quotes About His Career, Life, and Relationships

37 PewDiePie Quotes & Why The Internet Loves Him! (YouTuber)

I built GraciousQuotes.com so you can be inspired in times of self-doubt. Sometimes, reading quotes is like having conversations with a friend. Quotes can also affirm you of what you already know (which is comforting) and quotes are succinct distillations of larger texts so you can find inspiration quickly.

101 Wise Quotes By Gary W. Keller About The ONE Thing (FOCUS)